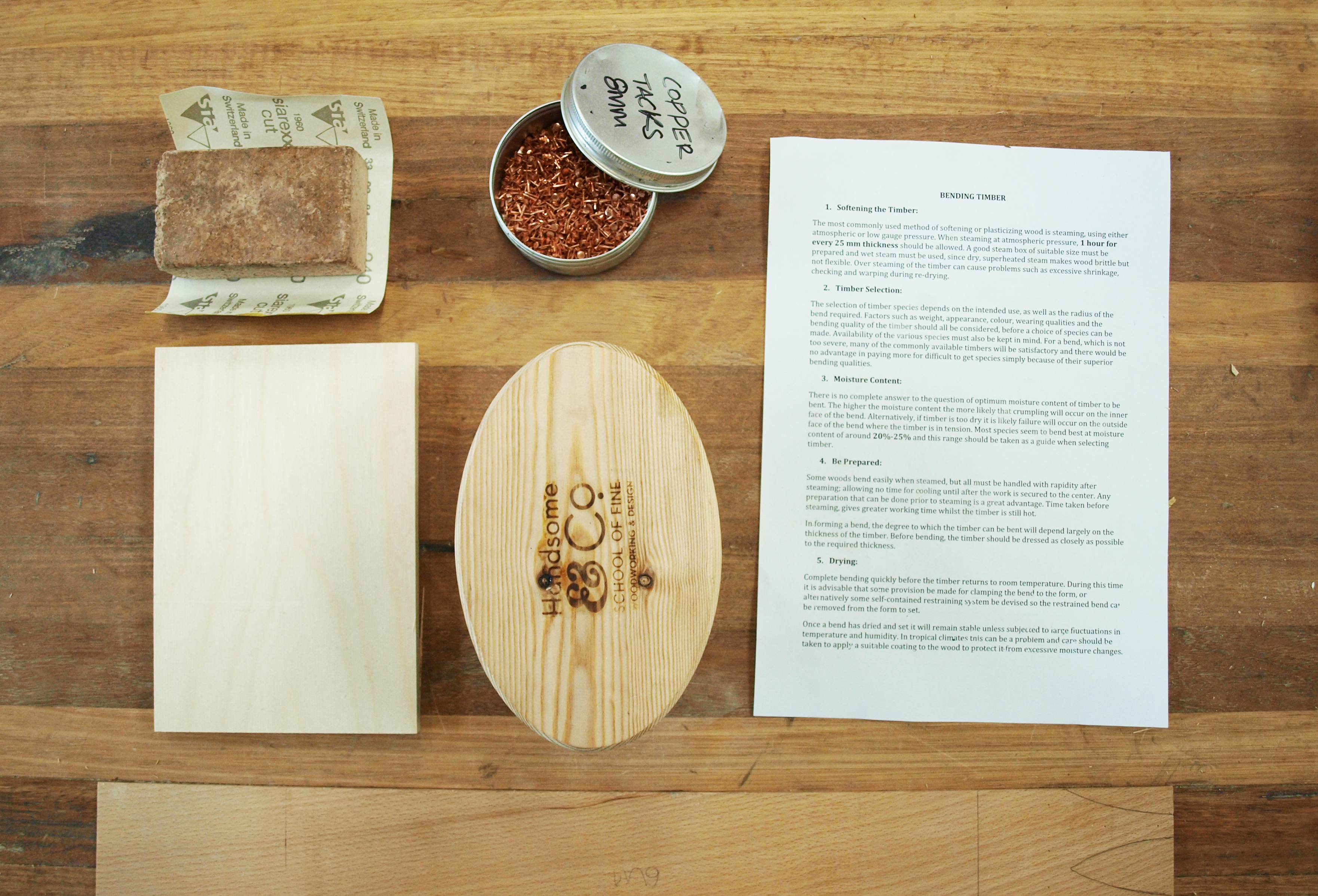 Sunday November 16 2014 In Education By handsomeandco

Every term, in effort to enlighten and engage students to a new process in woodworking, the tutors take it in turns to develop an ‘Educational Taster’ (hopefully a better name coming soon, maybe). In previous terms students have been presented with insightful projects, such as the production of a wooden try square, utilizing shooting boards and following this a mallet, intended to instruct a through wedged mortise and tenon.

Most recently, steam bending was on the agenda, with all students undertaking an abridged version of the ‘Oval Shaker Box’.

Primarily, we wanted individuals to focus on the steam bending process and enjoy the remarkable and almost magical affects of steam bending. Secondary to this, students will have a product at the end, an open box to store their trinkets, hold some ‘do-vilackies’, put some ‘bits n bobs’ in and or just house some stuff.

Yes, the exercise was modeled off of the very traditional and ever-popular “Oval Shaker Box”, but we know this isn’t a shaker box. This particular exercise is only half the traditional shaker box (without a lid), and it was completed in less than half of the time needed to make its conventional cousin. Due to time limitations in the nature of the H & Co “Education Taster”, an abridged version of the shaker box was attempted in as little as 3 hours.

In the process of designing this ‘taster’ and presenting to our students, we cut some corners, which I am sure, would make, even the mildest enthusiasts and traditionalists cringe… But, as an introduction to steam bending and in effort to streamline our efforts towards a product in a limiting allotted time, it is a perfect appetizer that may or may not whet the appetite of those participating to try making an actual shaker box in the future.

There is something fun and almost mischievous about deconstructing a traditional product and trying to achieve it in a shorter period of time. It was and is a challenging undertaking, that will not replace the established and proven success of the ‘shaker box’, but we don’t mind, so we’re calling it the unconventional… 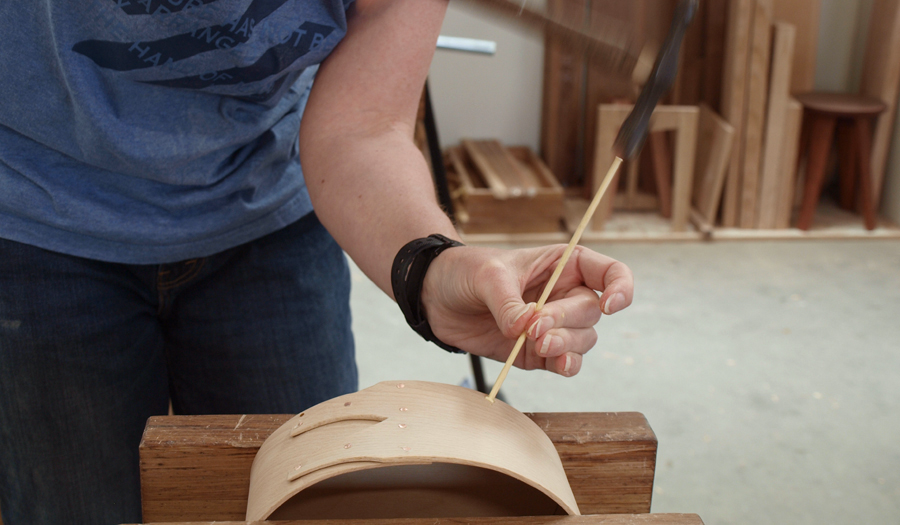