Louise is a creative with a background in comedy, writing and performing who graduated from BAPA in 2005 with a Bachelor of Arts. She has multiple film and TV credits including Neighbours, Rove and was featured in a Mitre 10 commercial with Scott Cam (quite relevant). Louise is co-creator and the more freckled half of the female sketch comedy duo, Girls Uninterrupted. Highlights include receiving a 4.5 star review from the Herald Sun for their MICF show ‘Good Value’ and creating an original Christmas sketch for the ABC. Keep a look out for her appearance in the series Get Krack!n on the ABC later in the year.

Louise is the co-owner and Creative Director of Apparentt™, Melbourne based furniture design studio developing attractive and innovative solutions for residential and commercial interiors. Apparentt’s driving philosophy is to create exclusive products that are beautiful, simple and durable.

Since launching in 2016, Apparentt™ has been featured on the Design Files, in the Sydney Morning Herald, The Age, Artichoke, Home Beautiful, House & Garden, Inside Out and Houses magazine. Apparentt™ products have been showcased at Denfair and Indesign. 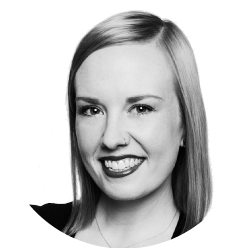