Monday November 20 2017 In Education By handsomeandco

“1868, the United States Patent Office issued Patent Number 76,884 to Wessel Brodhead for an improvement to the field of carpenters’ marking gauges. Brodhead developed a tool that used a simple, elegant method for securing the bar to the head or fence of a marking gauge. Instead of the more common thumbscrew or wedge systems, this gauge took advantage of a cam-shaped bar that needed only a slight twist to lock itself to the fence.

Brodhead’s idea became a reality when the Star Tool Co. of Middletown, Conn., began manufacturing this style of gauge in 1872. Though the company was only in existence from 1872 to 1881, the gauge must have been a popular item as a fair number of them have survived. According to advertisements from Star Tool, it produced marking gauges, cutting gauges, mortise gauges and panel gauges that used this securing system. The basic grade of tool was made of beech with premium-grade tools offered in mahogany, boxwood and rosewood.

While these gauges are available on the antique tool market, they are sometimes hard to find, and good examples can be pricey.” 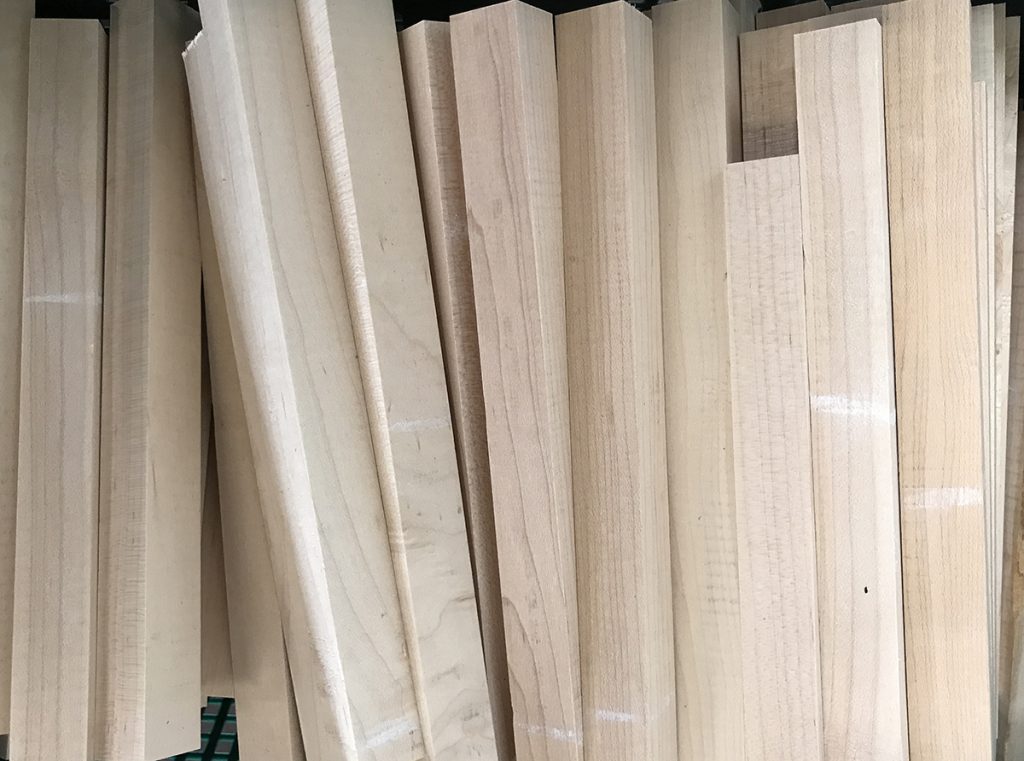 Rock Maple timbers are milled to thickness and cut to length ready to become the stem of the marking gauge. 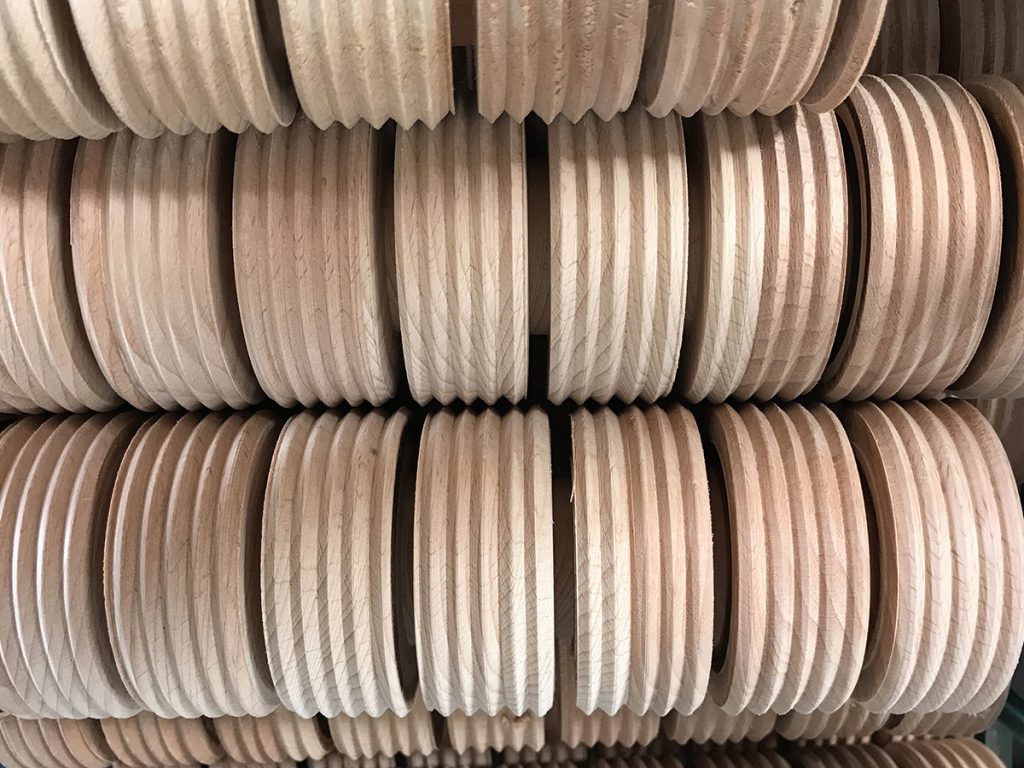 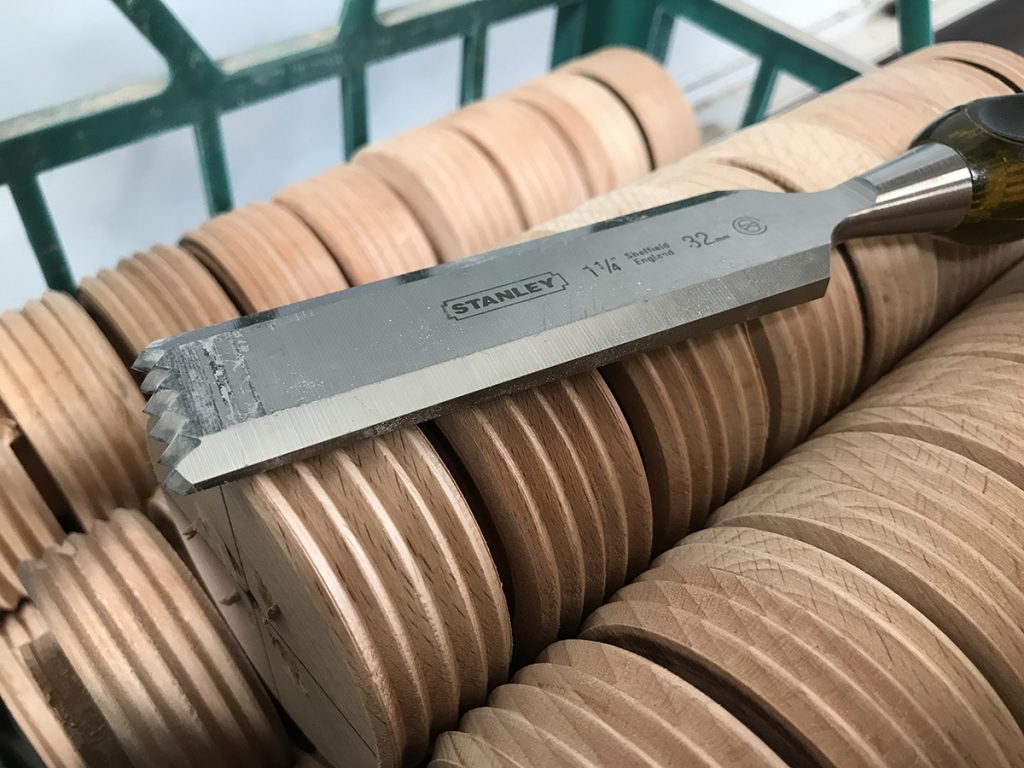 To achieve the knurled grip on the marking gauge head, it is first turned round on a lathe and finished with a repeated pattern of v-grooves. To achieve this on mass, a standard bench chisel was modified and used to speed up the process. 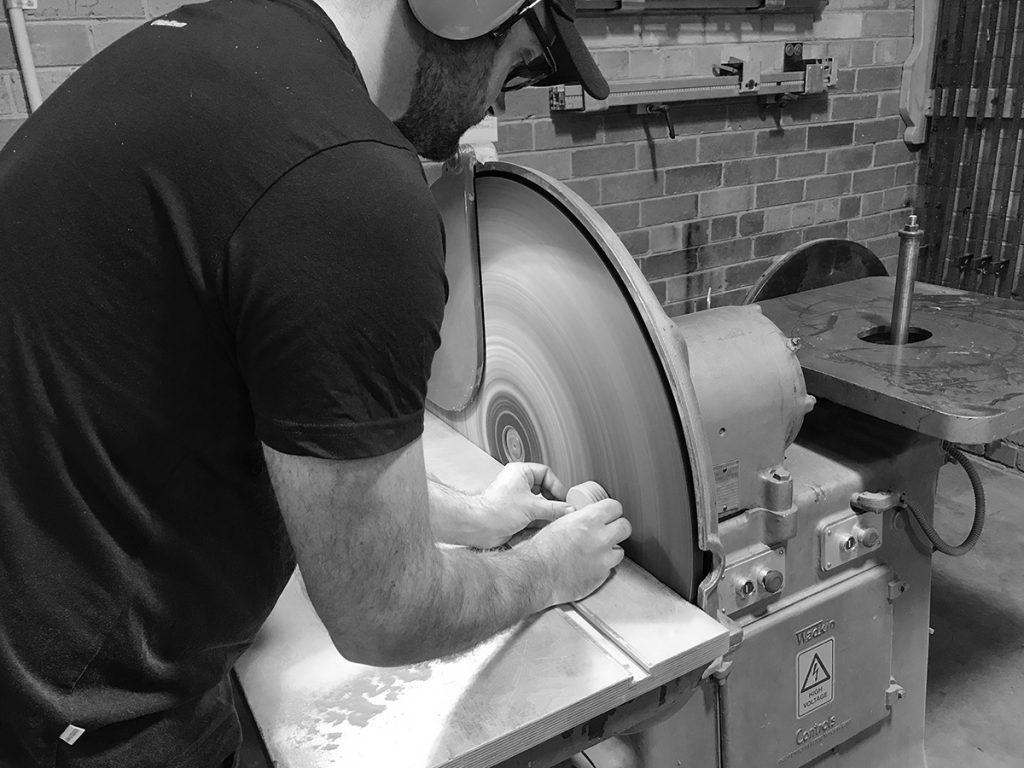 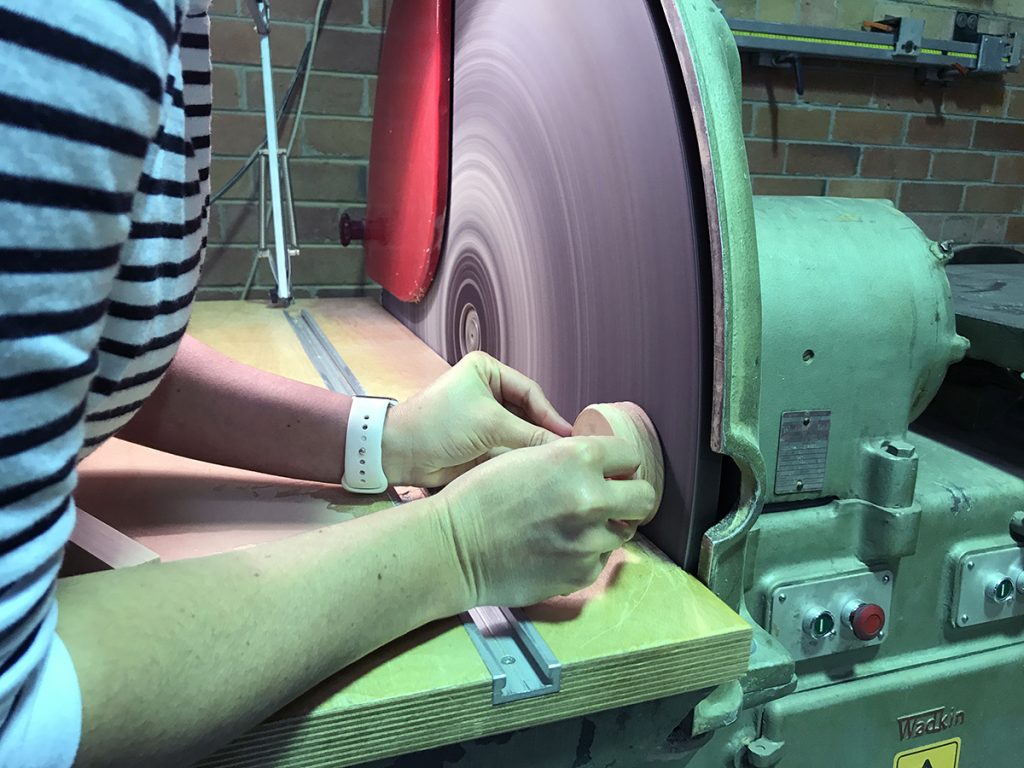 Marking gauge heads are cut from the log and cleaned up the disc sander, being very careful not to affect the balance/parallel of the two faces. 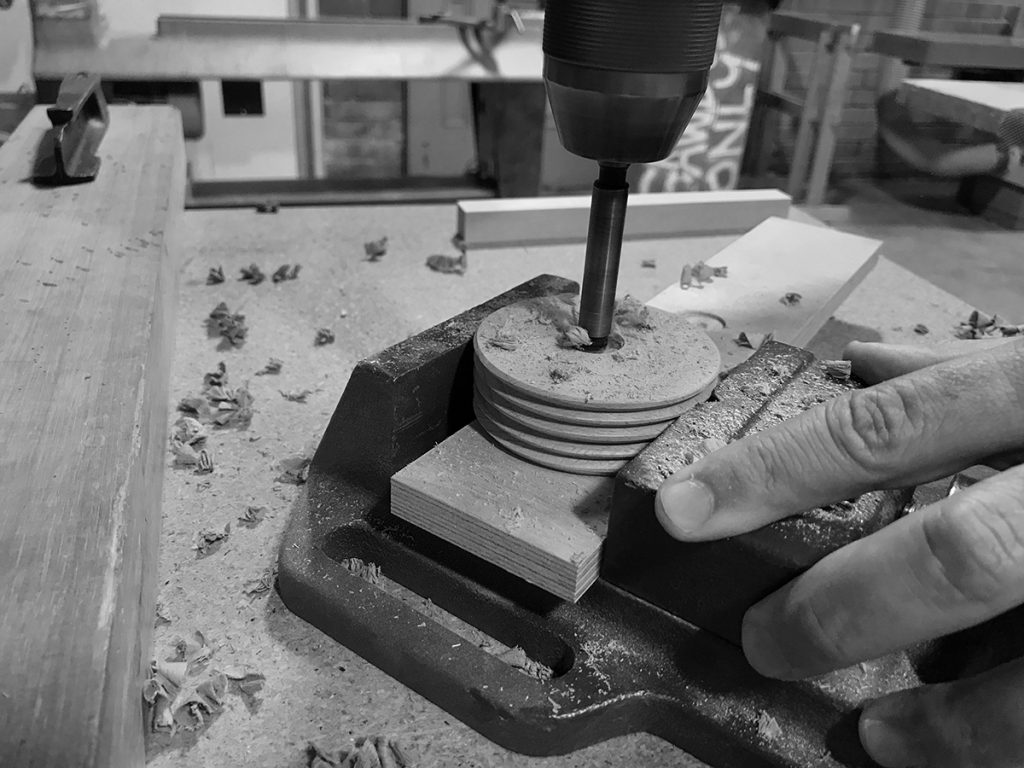 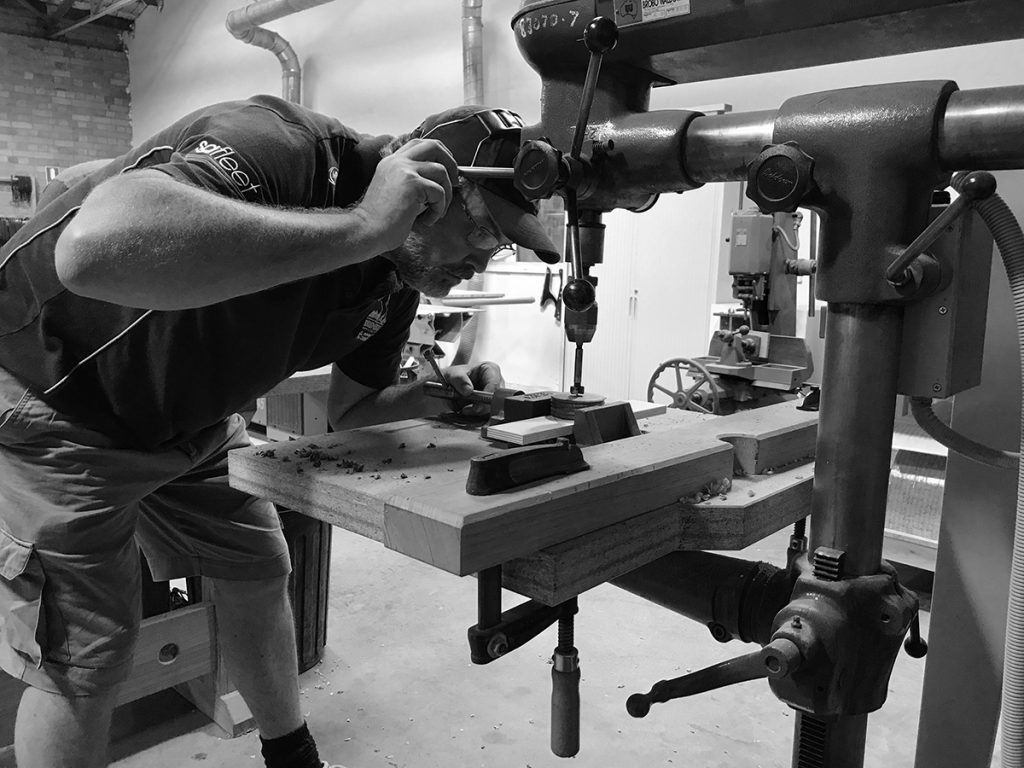 After the center is found and marked out (using a center finder) a hole is drilled through the middle of the round stock. 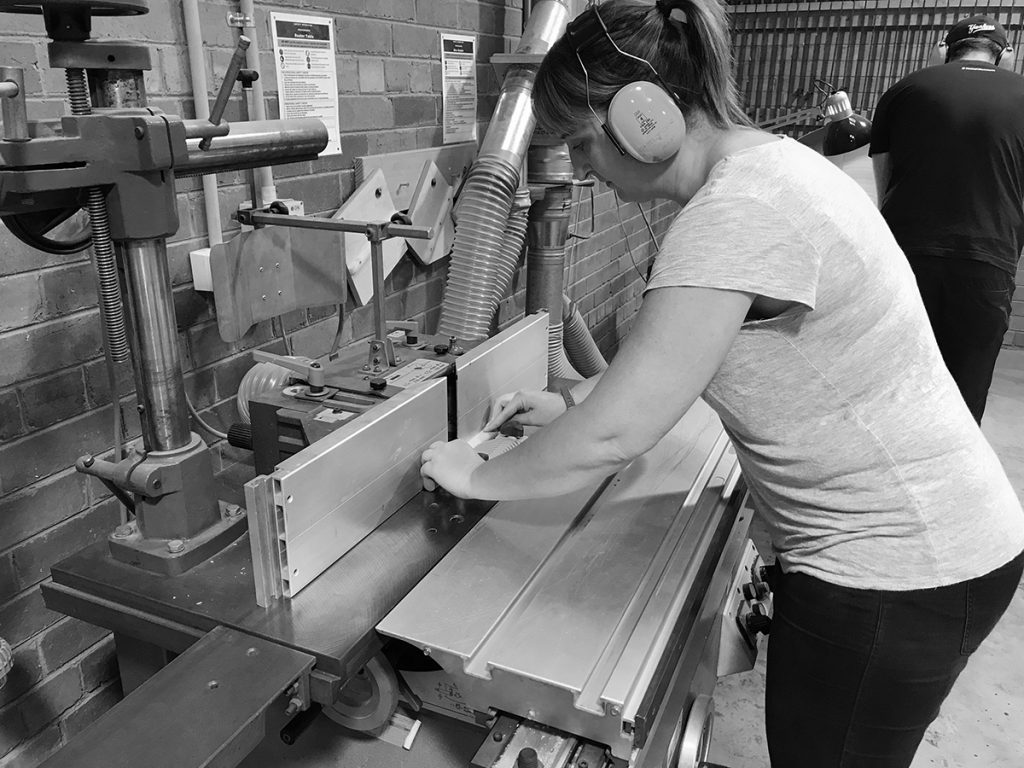 Using a round-over router bit in a router table, the stem is rounded on 3 corners. The fourth corner is routed only after increasing the cutter by 2mm to achieve the step and swirl shape required to twist-lock. 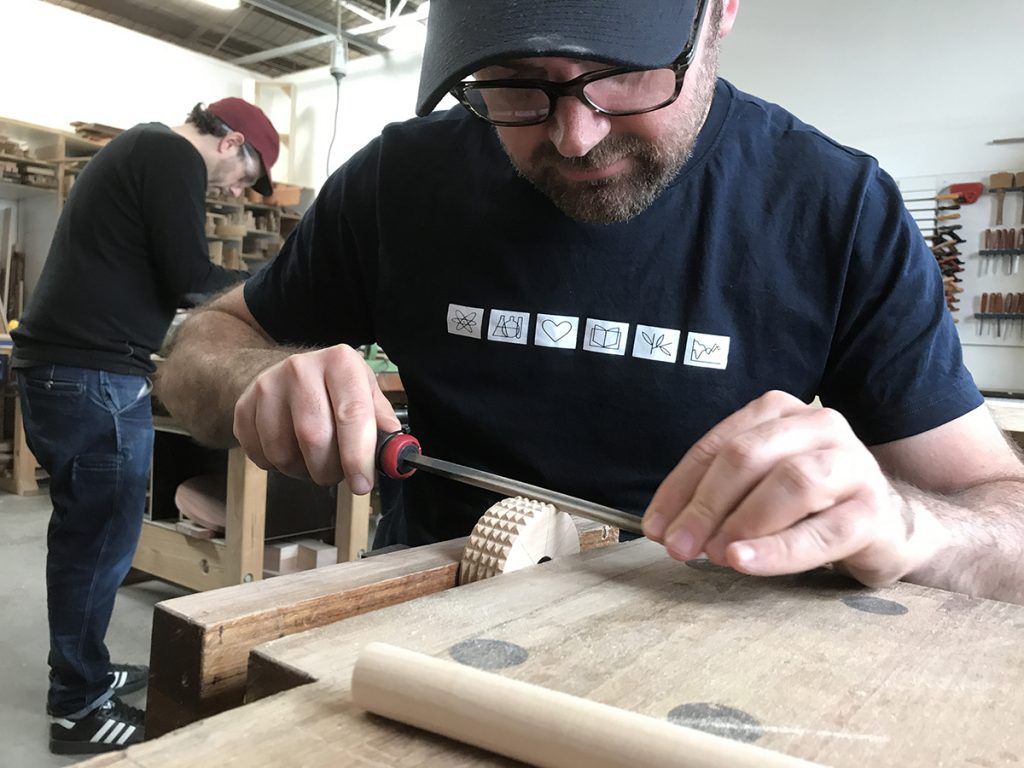 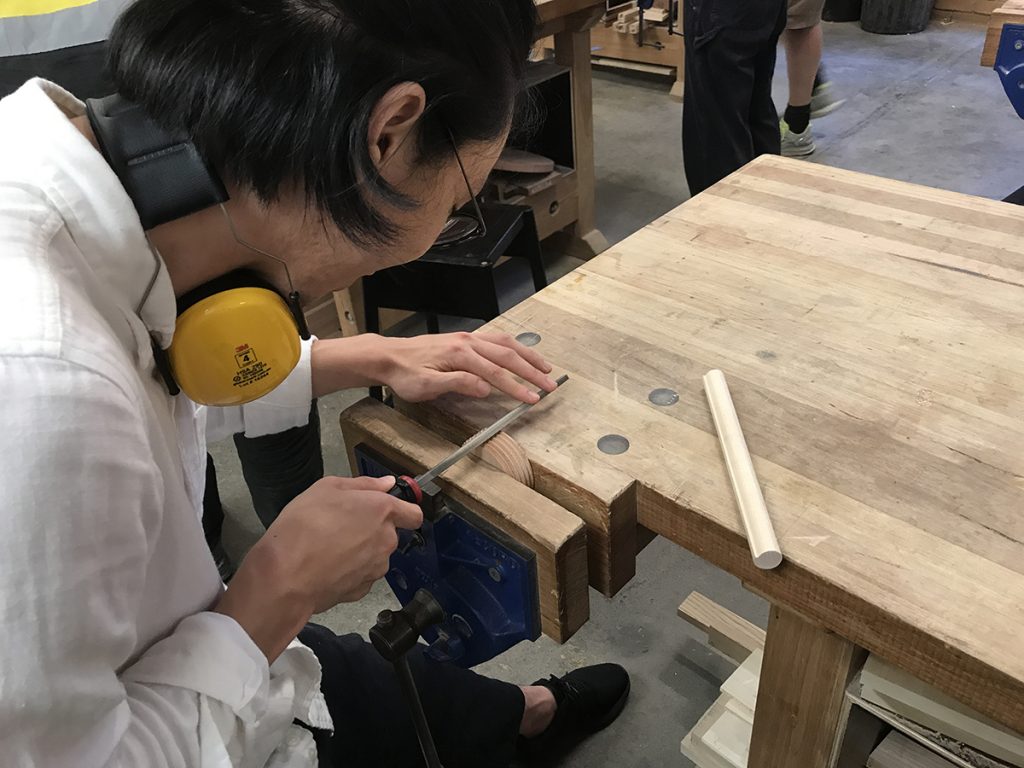 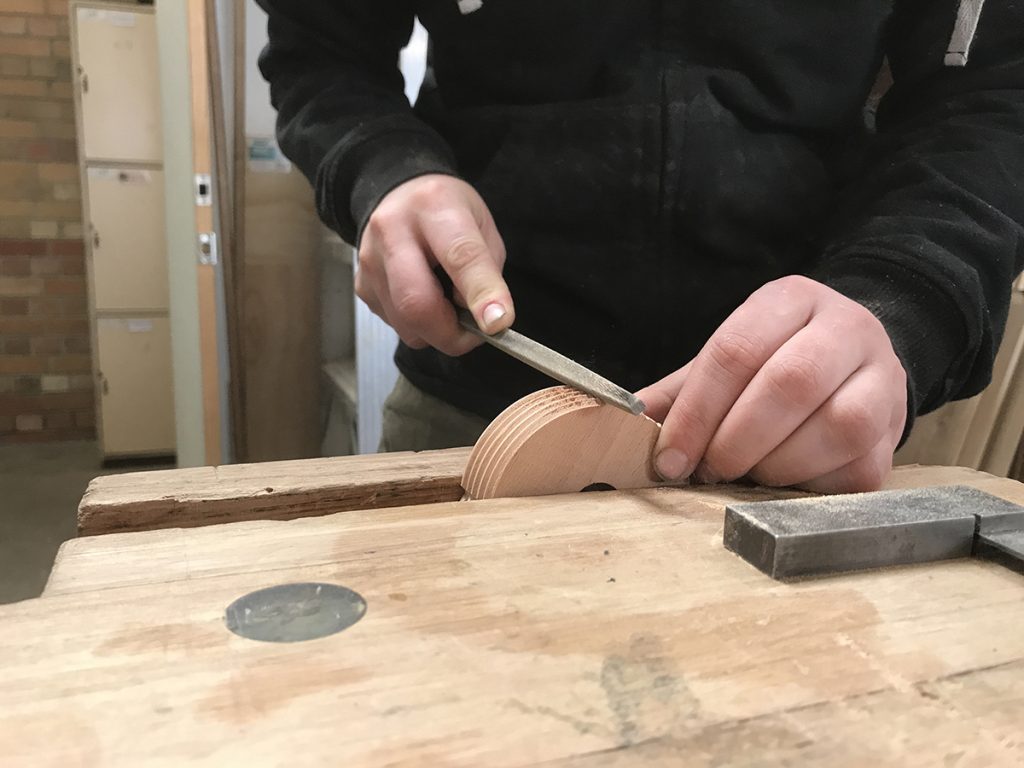 To complete the second part of the knurled pattern, we used square files (alternatively 90 degree v-groove chisels work too) to cut across the pre-turned grooves. Spacing each cut to achieve a square hash of lines. 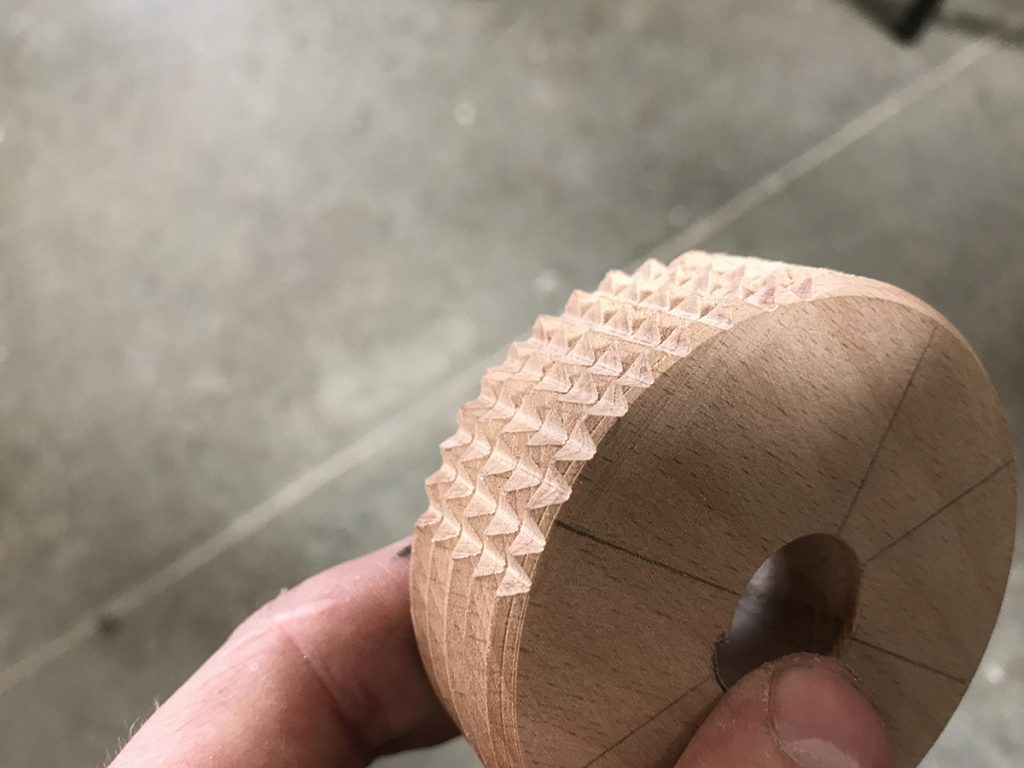 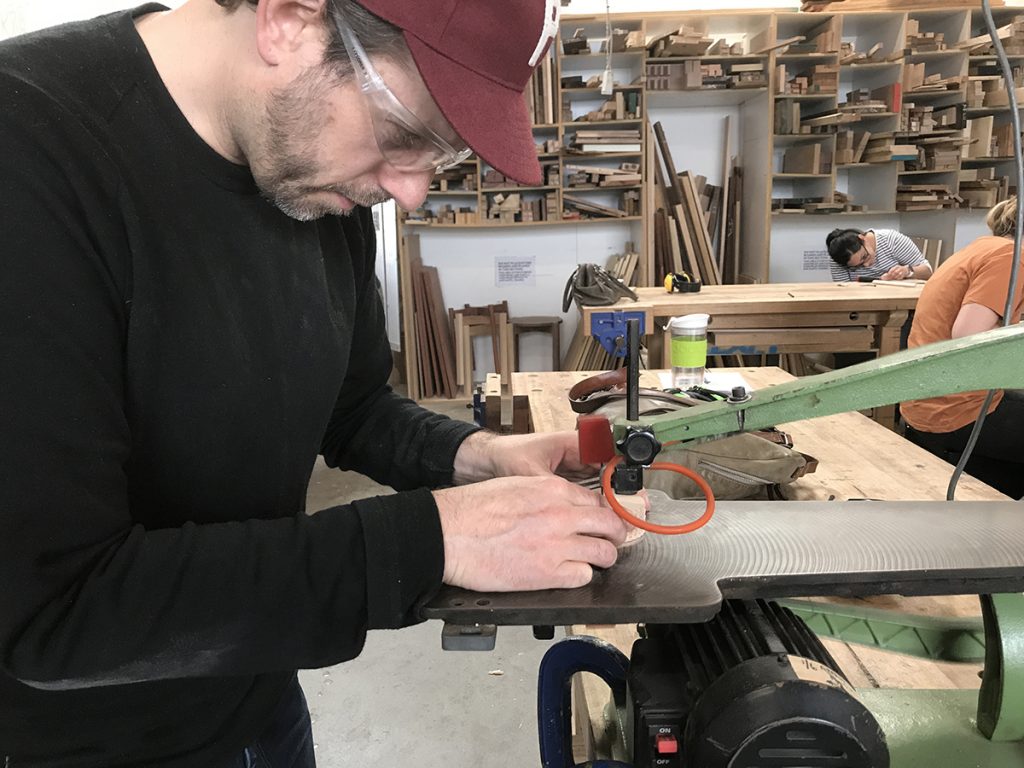 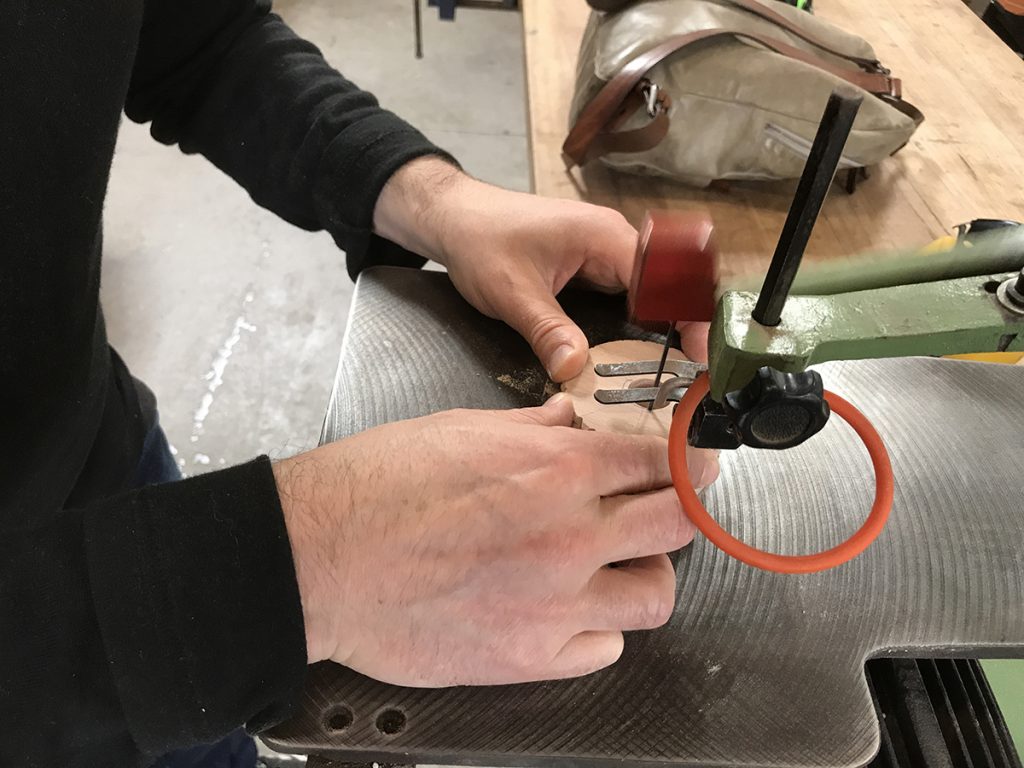 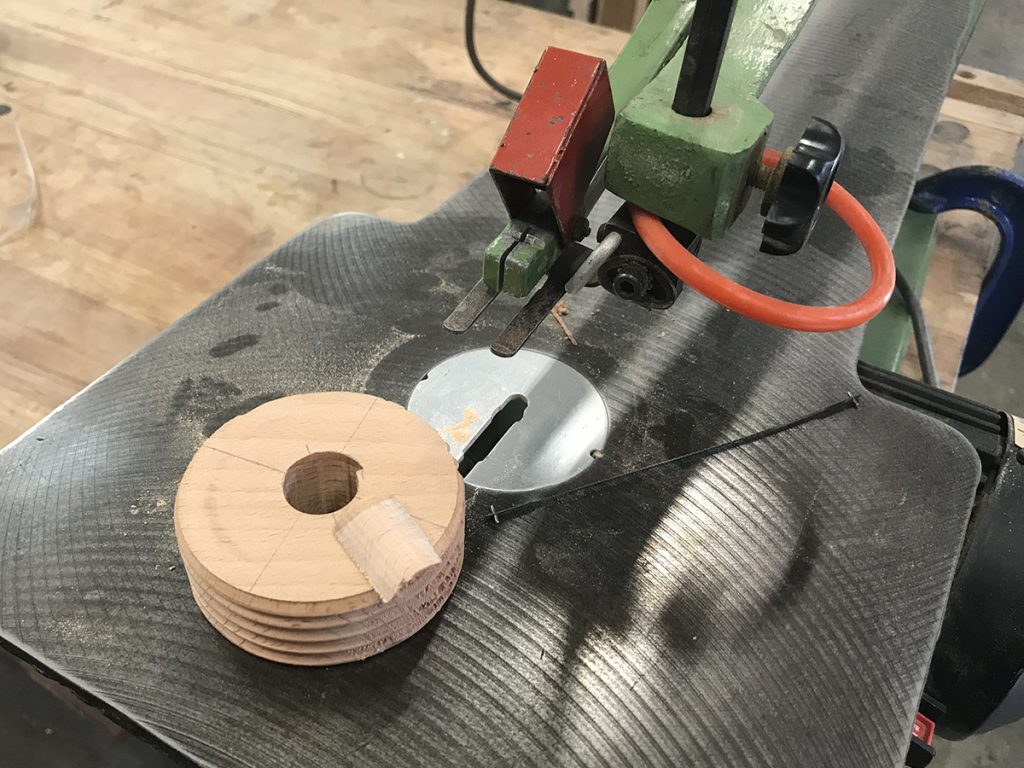 After marking the shape and material to be removed, we used a scroll saw to carefully follow the line and create a hole to match the shape and size of the stem. 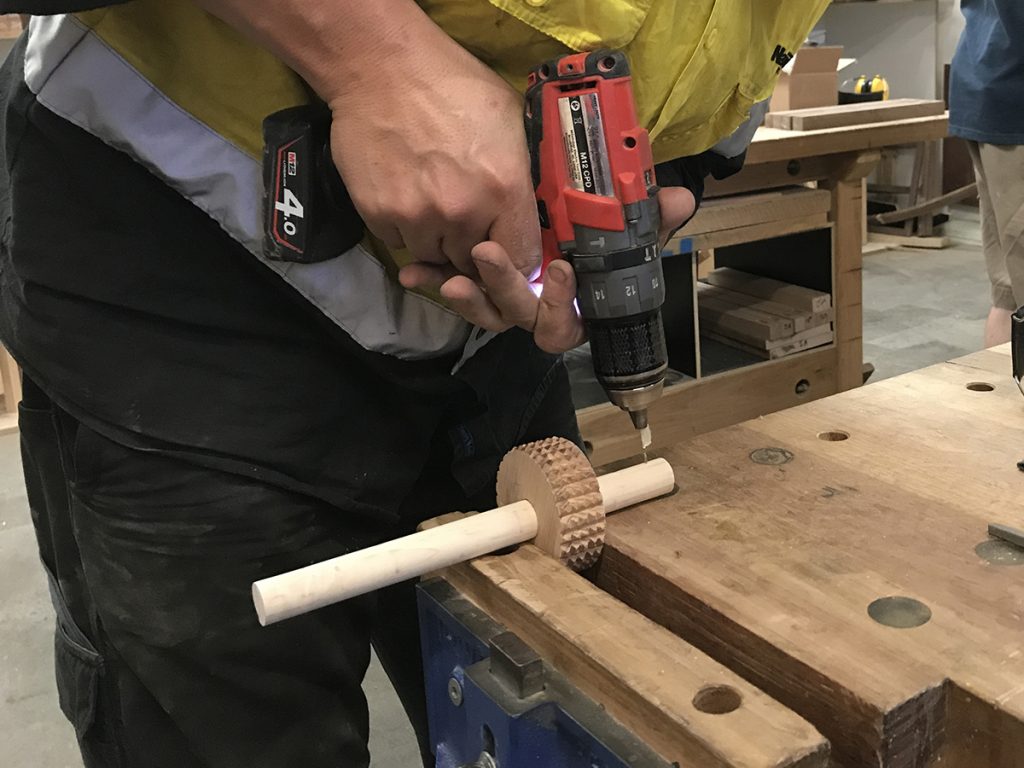 Drill a hole for the pin. 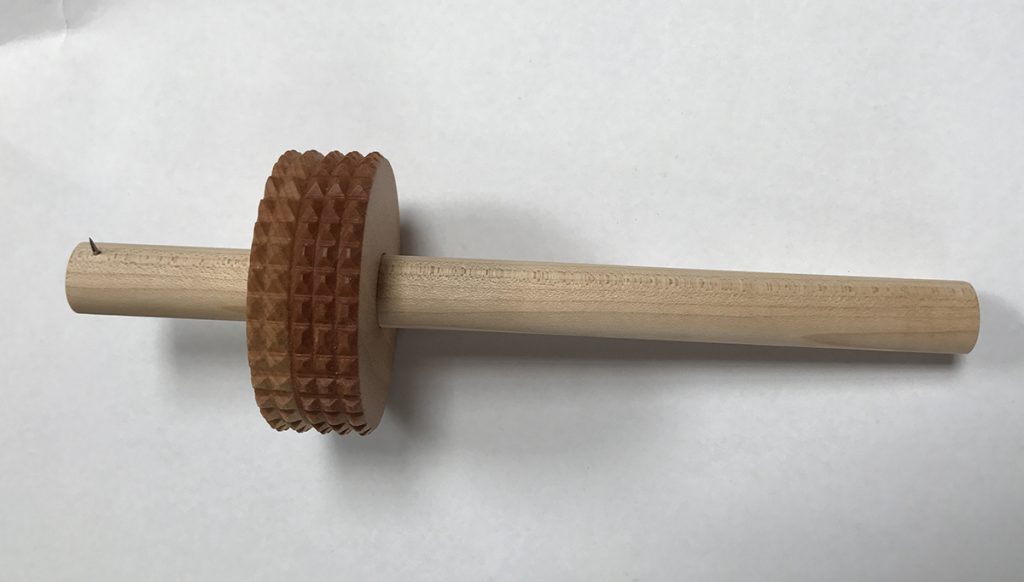 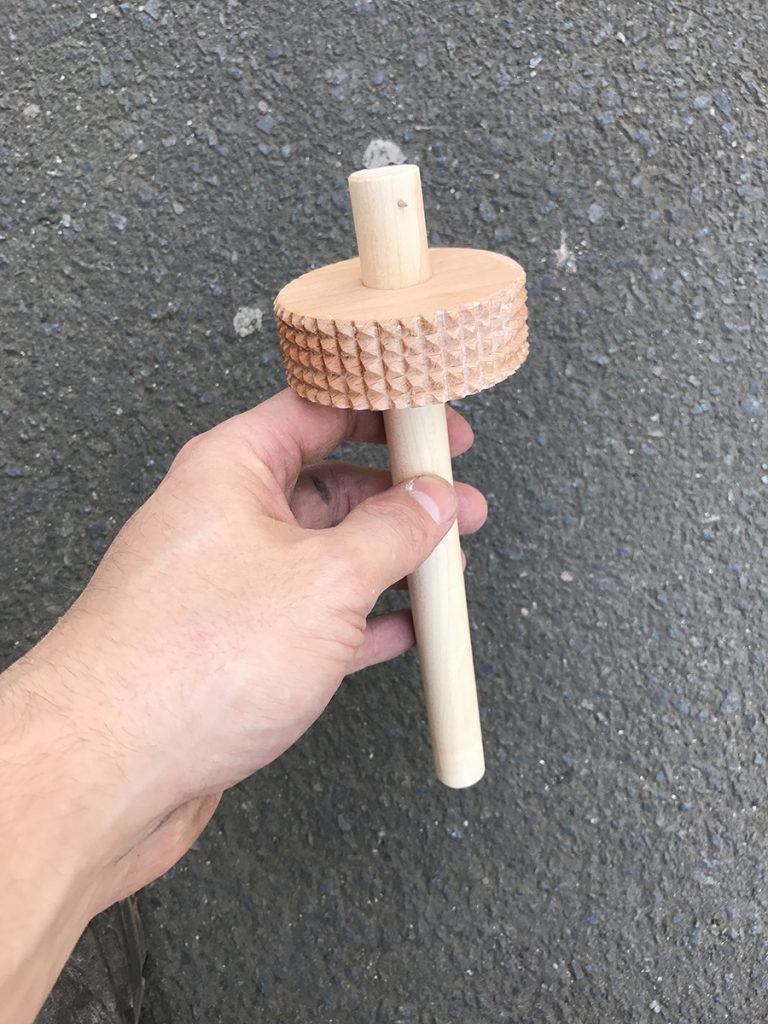